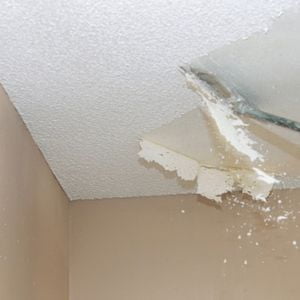 Popcorn ceilings are those stipple or acoustic ceilings that have either a spray-on or paint-on treatment on them. It is easy to identify popcorn ceilings due to the nature of the surface of the material. The surface is bumpy due to an accumulation of particles of polystyrene.

Popcorn ceilings were used in the former century to cover up a lot of flaws in the ceilings. It was not so expensive and easy to fix. Being an acoustic ceiling, popcorn ceilings had the capacity to reduce noise by absorbing sound.

The issue with popcorn ceilings is that they contain asbestos. Asbestos is a dangerous material for health because it can affect the lungs when the dust produced is inhaled.

Homes built before 1980 are much more likely to have asbestos in their popcorn ceilings, however, asbestos was banned in the late 1970s. That did not stop home builders from using asbestos in popcorn ceilings though, the ban only stopped the manufacturing of asbestos.

Yes, popcorn ceilings are dangerous because of the presence of asbestos in them.

Let’s look at a brief history of popcorn ceilings. A long time ago, plaster was the go-to method for applying on walls during construction.

Fast forward to a few years later, plasters were phased out to be replaced by drywall. Drywalls were cheaper than plasters so the popularity increased among builders.

Popcorn ceilings came in and stole the entire market. It had a number of features that made it so useful and attractive to users.

It could deafen sound, it was easy to apply, it could be used to cover up flaws, and many more. With all these attractions, what could have made the industry abandon the use of popcorn ceilings?

Can I Remove Popcorn Ceilings by Myself?

Yes, you can remove popcorn ceilings yourself but you need to be securely protected in the process. Safety equipment such as nose masks, gloves, overalls, and boots should be worn to protect your skin from the dust particles produced by removing popcorn ceilings.

How do you remove a popcorn ceiling? A popular method is scraping. A lot of techniques are used in removing popcorn ceilings though but scraping is a popular approach. This can be a very untidy process though.

Removing the popcorn ceiling yourself is dangerous so if you can afford it, it is better and safer to get in touch with professional popcorn ceilings removal companies who can do a perfect job.

Popcorn ceilings that have started peeling can lead to a release of asbestos into the atmosphere. Asbestos particles when in the air, can be inhaled and this will lead to diseases in the internal chamber. The lungs can be greatly affected and mesothelioma can be contracted.

When you call the experts to remove your popcorn ceiling, they take the necessary steps to ensure that asbestos in the popcorn ceiling does not get in contact with people in the house.

How they do this is by sealing up the ceiling. A sealant is applied on the ceiling to keep the popcorn surface in place and to prevent the asbestos from being released into the environment.

Another method is to encapsulate the ceiling. This is done by covering the popcorn ceiling with a new one. A new ceiling is built on top of the old ceiling.

Tiles can be fitted onto the ceiling or the ceiling can be totally framed out by placing drywall on it. The goal of this is to keep the popcorn surface away from view and keep the asbestos from reaching people in the house.

All these methods can be done yourself if you have the needed knowledge and you take safety precautions but it is recommended to get in touch with professionals. The safety of you and your family is priceless, treat it as such.

Popcorn ceilings are no more as popular as they used to be in the earlier years. It has been outgrown and there are other ways you can decorate your ceiling and make them look good.

Before we consider what to do after removing a popcorn ceiling, we need to understand some disadvantages of popcorn ceilings and why people would want to get rid of them.

A few disadvantages are discussed below:

It Takes a Lot of Time and Energy to Clean

As you know, popcorn ceilings are quite wide in nature. It also has a bumpy surface. This makes it a good hideout and surface for dust and dirt to sit on.

Cleaning it takes a lot of time. Sometimes, it could be defaced by smoke and you know how long it will take to clean hence popcorn ceilings are never a good option for use in kitchens.

A vacuum brush can be used to clean popcorn ceilings but it has to be done with a lot of caution to avoid damage to other things.

Fixing Can Take a Lot of Time

When there is a dent or graze to popcorn ceilings, it takes a lot of time to fix. Even to do some light work on it like patching will take time because you have to remove a certain part of the scratched surface. It takes a lot of patience in order to maintain the arrangement.

If you do not know already, know it now. Popcorn ceilings are quite heavy. If the water gets into it, it becomes heavier. What this tells you is that popcorn ceilings are not recommended for use in bathrooms, restrooms, kitchens, and other areas in the home where the use of water is.

If a lot of water finds its way into a popcorn ceiling, you can expect that it will be likely to fall. Also, painting popcorn ceilings are not easy because you cannot use all paintbrushes for it.

What to Do After Removing Popcorn Ceiling?

After removing the popcorn ceiling,

It is important to wait for a day to allow the ceiling to dry properly. This period of 24 hours allows the ceiling to completely dry from the removal process.

When you remove the popcorn ceiling, damages, faults, flaws, imperfections are often revealed underneath. You will need to repair these faults. Any hole should be filled with drywall in them and do not forget to smoothen it afterward.

As soon as you have repaired the damages and done some work on the faults, you need to give it time to dry. Afterward, you sand the surface.

This is optional but after everything else has been done, you can proceed to paint the ceiling.

Do You Need to Sand After Removing Popcorn Ceiling?

Yes, sanding is an important part of the removal process. Sanding provides the finishing touch you need on the surface. Sanding smoothens the entire surface area of the ceiling

Popcorn ceilings might have been very popular and widely used in the former century but now, it is no longer popular. You might want to remove your popcorn ceiling however ensure you take the necessary precautions involved. 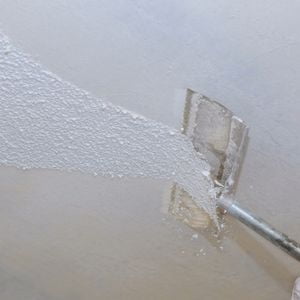 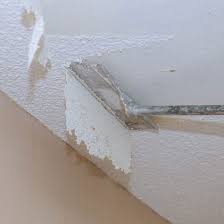 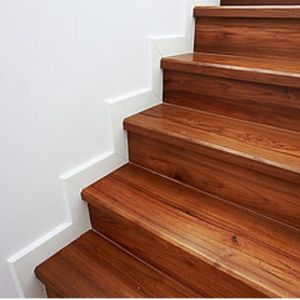 How to End Baseboard at Stairs (The Perfect Way) 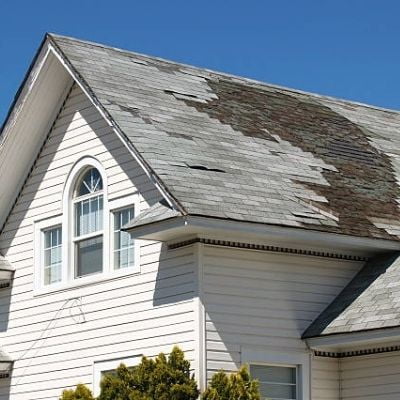 Insurance Adjuster Says No Hail Damage: What Should I Do? 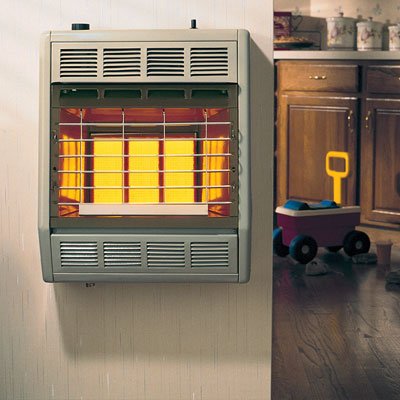 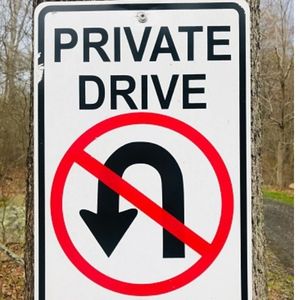 How to Stop Cars from Turning Around in Your Driveway 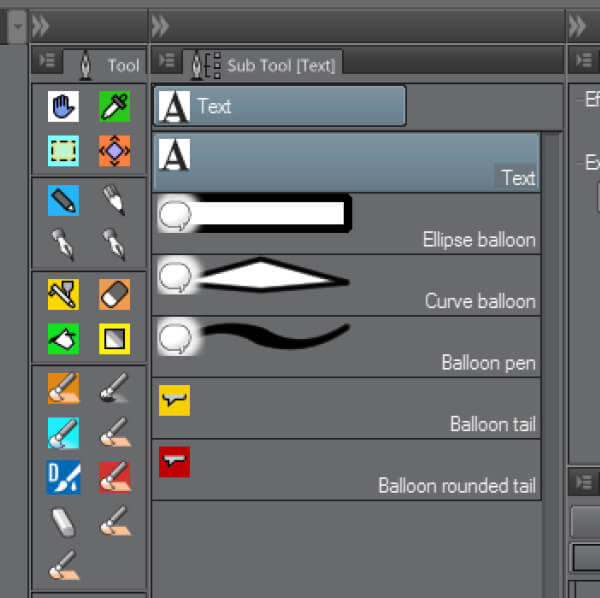 How to Update Clip Studio Paint (Step by Step Guide) 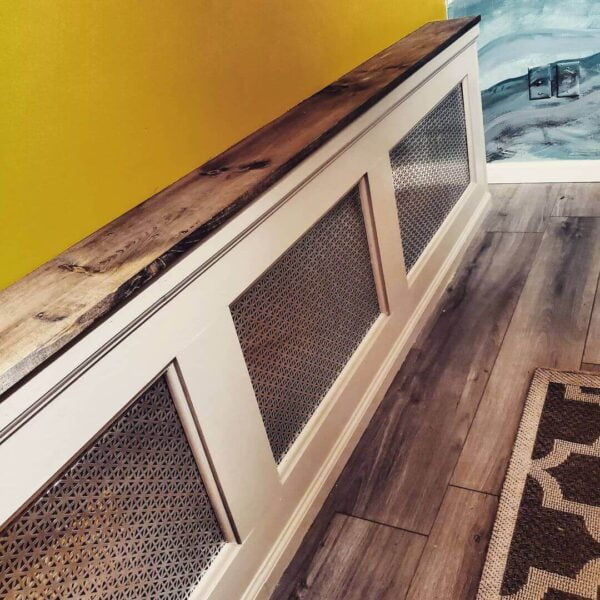 Are New Baseboard Heaters More Efficient (Yes or No?)